80 Leadership Quotes and 5 Tips to Become the Best Leader You Can Possibly Be!

If you aspire to inspire and choose to become a leader, then there are some things you need to know if you want to do it properly. The only thing a leader need is followers. It’s as simple as that. You don’t need authority, or position, or status, or rank, or title nothing. You just need a group of people dedicated and willing to volunteer to follow you to you and your vision ready to support you into the depths of hell, this is what a good leader is. I’ve seen people with significant amounts of authority, that have nobody willing to risk anything for them, but people with virtually nothing, have a vast number of following ready to get under their leadership. So, getting to the essentials, these following tips, are in my eyes the most important things you need if you want to be the best version of yourself as possible when it comes to leadership.

Contents hide
1. Tip no1: Provide a Clear Vision.
2. Tip no2: Provide Stability and Security.
3. Tip no3: Give Everyone a Chance to Contribute.
4. Tip no4: Put the Interests of the People First.
5. Tip no5: Think of your Following like your Family.
6. 80 Leadership Quotes That Will Inspire You to Be Great Leader
7. Read Also

Tip no1: Provide a Clear Vision.

As human beings, we can only see things that we have words for. We can only visualize the things that are in the grasp of our logic. So, if you want people to share your vision, you have to make it clear enough for them to understand. Nobody will follow a vague term like “Growth” or “Development.” You need to explain what is it that you want to do clearly, how are you going to do it, what do you need, when/by when you want to accomplish it. Give your followers a purpose to follow, beyond the money, beyond the risks, beyond the hard work. If you want the blood, sweat, and tears of your followers, you have to prove that you are fit to be their leader. If everyone can see what you are seeing, then they can put all their hard work and effort into achieving that vision.

Tip no2: Provide Stability and Security.

The main reason human beings started forming pacts in the first place was that it provided them with the stability and security they needed to survive and evolve. If you know that someone has your back in times of need if you know that there is someone out there that cares about your well being and can protect you from the threats of the outside world. If you know you can sleep at night peacefully because someone is staying up to look out for potential dangers, then you can put all of your time and effort in producing results and are more than willing to do so.

Tip no3: Give Everyone a Chance to Contribute.

No matter how successful the business, or the office, or anything that you have chosen to become the leader of, if someone doesn’t feel a part of it and doesn’t feel like they have contributed to the success, then they will not love it. If all of your followers feel like you couldn’t have done it without their hard work and effort, then they will not work that hard in the first place. Everyone wants to feel loved, everyone wants to feel valued, everyone wants to feel trusted and to be able to trust others, everyone wants to know that they matter for the people around them. Success only comes in a group. Like the Africans said it way before us, “If you want to go fast, go alone if you want to go far, go together.” Make them feel instrumental to the company, and in return, they will be more than willing to act as such. 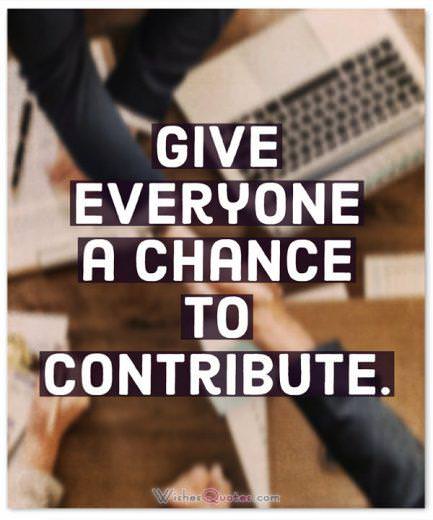 Tip no4: Put the Interests of the People First.

Human beings always come first. We are so willing to sacrifice the people for the numbers, but not the numbers for the people, it’s a bit backward don’t you think? You see, it’s in times of need that the faith and value of a team are tested and in that time, it’s the people that will come to your aid, not the numbers. In these times of need, it is everyone that will rise up with you to face any danger at hand, because you see, everyone should suffer a little, than for anyone to suffer a lot.

Tip no5: Think of your Following like your Family.

As a parent, you don’t get to choose your kids. Some are weird, some are funny looking, some are not that smart, yet you give them unconditional love. Can you fire your children? No! Then why do you choose to fire, or lay off your following? A good parent doesn’t point out the bad aspects of their child and threatens them to put them up for adoption. Instead, they point out their strengths and encourage them to do what they are good at. If they fail, help them up, if they have difficulties, train them, help them understand, make them feel safe, wanted, appreciated and in return, they will contribute more to your vision that you could ever possibly imagine, but at the end of the day, everything a great leader does, is work tirelessly to ensure that their followers can achieve more than they could have ever possibly imagined.

80 Leadership Quotes That Will Inspire You to Be Great Leader 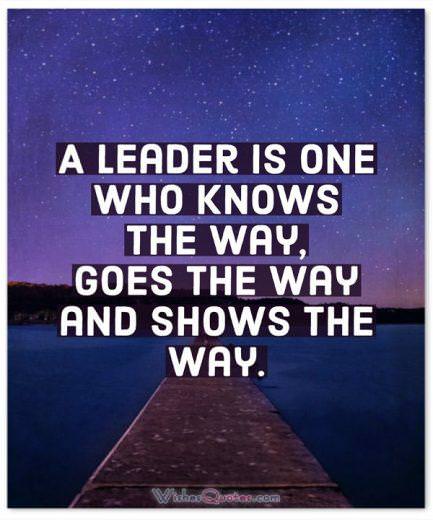 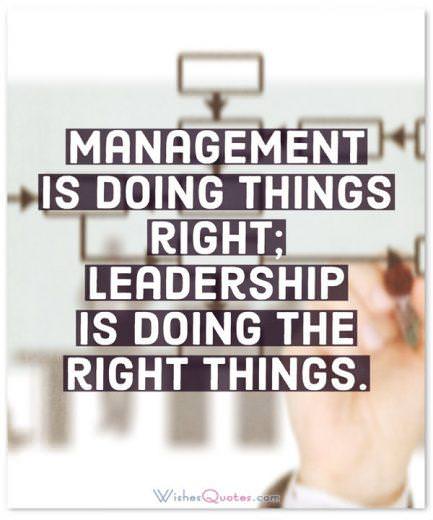