So, 25 whole years huh? That’s a lot! For a lot of people, that may even be literally an entire lifetime of marriage. One of the goals many couples have is to grow old together. Unfortunately, in the society we live in, marriages rarely fall apart way before they reach the “grow old together” stage. Although 25 years doesn’t necessarily mean that they are old, but they have certainly spent a lot of time together, way more than most couples. And in my eyes, for a marriage to have lasted this long and still be a successful one, it kind of does deserve some praise. So, what’s a better option than to praise them by wishing them the best on their 25th anniversary? You don’t even have to think of anything, we’ve done all the dirty work for you! So here are the best wishes you can find for a Silver Jubilee Wedding Anniversary!

What to Write in your 25th Wedding Anniversary Card 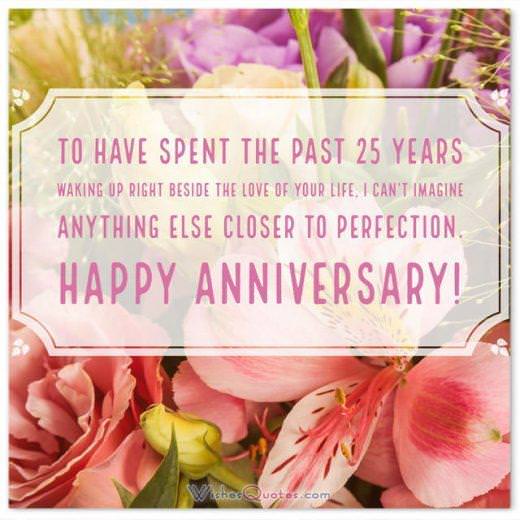